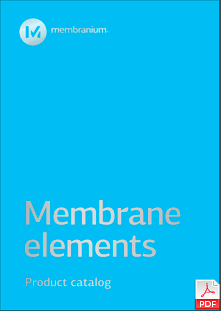 Some prospects for cooperation discussed

November 19, 2021
“RM Nanotech” JSC (Tradename “Membranium”) and Saline Water Conversion Corporation (SWCC), the world's largest seawater desalination operator from Saudi Arabia, have agreed on long-term cooperation and the possibility of joint production of membranes.
Last week, a number of fruitful meetings between representatives of the management of “RM Nanotech” JSC and Saline Water Conversion Corporation (SWCC) took place. The leitmotif of the negotiations between the only Russian manufacturer possessing a unique membrane technology for water desalination at industrial level and the corporation that creates seawater desalination plants was the discussion of the prospects for implementation of joint projects. The parties covered a wide range of issues, discussing current projects and possible vectors of interaction.
In addition to the official meeting in Moscow under the auspices of the Russian-Arab Research and Information Foundation, representatives of the SWCC management visited the production facilities of the enterprise in the city of Vladimir, where, in turn, they gave a high expert assessment of their level.
Based on the results of the meetings, the parties agreed on long-term cooperation and the possibility of joint production of membranes, which is quite justified taking into account the SWCC's need for this key component in desalination technology. “RM Nanotech” will have to pass qualification tests, which will enable it to become an official supplier of membrane elements for the needs of SWCC.
“RM Nanotech” has a wide geography of supplies to foreign markets, building long-term relationships with partners, including in the Middle East. This is a challenging region, having great potential for growth, and we see serious prospects for the development of economic ties between us. The past meetings allowed us to compare notes with the Saudi side on several current issues, as well as outline new directions for expanding activities that meet the interests of both parties. I am sure that in the near future, part of the agreements will turn into the signing of full-fledged contracts", - said Eduard Lisenkov, General Manager of “RM Nanotech” JSC.
For reference:
Saline Water Conversion Corporation (SWCC) has over 50 years of history building seawater desalination plants. At the moment, they amount to more than 4.5 million cubic meters per day with a planned increase to 8 million cubic meters by 2030.

Membranium® is a registered trademark of JSC RM Nanotech 2010-2022© All Rights Reserved.
Sitemap